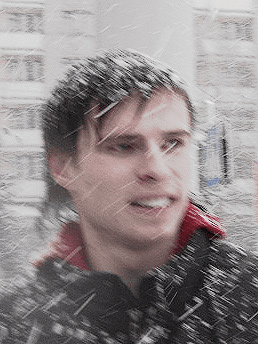 Hi there! My name is Evgeny and I'm a programmer. I like noisy companies, skating, and pelmeni. I dream to change the world =)

I was born in 1987, in a small belarusian city called Slutsk. I was dreaming about computers since my early childhood. My parents bought me a PC in 2000, and I thought that it was the best day of my life. I played games just a bit. In the first year of my computer life, I had started trying to write programs in Delphi, and in C++ a little bit later. It was clear for me that it is the thing that I was dreaming for.

In 2005, I moved to Minsk and entered the Belarusian State University of Informatics and Radioelectronics. In the third year, I discovered passion for low level programming and x86 assembly language. Once in a few years I work on such projects days and nights forgetting about everything else for a few months, and then I return to normal life again =)

My nickname is VEG, and I like when people use it in informal conversations. It's an acronym of my family name, given name and patronymic. The right pronunciation is [veg], not [veʤ]. The second and third sounds have to be pronounced like in the word “beg”, and definitely not like in the word “vegetable”. My nickname has nothing in common with vegetarianism, and I'm not a vegetarian (as some people asked me about it). Sometimes I can't use “VEG” as a username on some websites because this nickname is too short and it is often not allowed to use. In such cases I use “vrubleg” as my username, which is just an extended form of my nickname.

English isn't my native language, so sorry for dumb mistakes. I hope that it is at least a little bit better than translation from the Google Translate :)